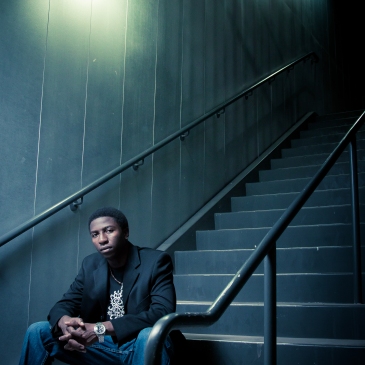 Greetings fellow Earthlings! As the great Austin Powers once said, “Allow myself to introduce…. myself.”  I am a Malawian actor based in Atlanta, Georgia. I am the youngest of five children and the son of the late LT.Gen Ernest C Ntonya and Anastasia Ntonya. After graduating with my A-level certificate from the International School of South Africa (ISSA), South Africa, I decided to follow my adolescent dream of moving to the United States of America to pursue a career as a professional actor. I was accepted into the Arizona State University (ASU), and graduated with a BA in Theater and a minor in Communication. in 2018, I successfully completed my MFA in theater from the University of Houston (UH). This means I am a master at something…. oh boy.

With over two decades of theater experience, appearing in plays such as Charles Mee’s “Big Love” (2010) and Luis Valdez’s “Zoot Suit” (2011), I quickly became associated with the film department during my four years at ASU, appearing in over 15 student films and short independent projects. Possessing the ability to successfully submerge into the content of my work (pat on the back), I proved to myself and many others to be more than capable of portraying a wide range of characters both on stage and in front of the camera from the hero, professional or love interest, to the villain, antagonist or criminal. Towards the end of my time at ASU, I was deemed the most “prolific actor” in the School of Theater and Film (SoTF) during an interview with the director of the SoTF, Jacob Pinholster, in 2011. It was quite an honor coming from the top man himself. Not only that, the SoTF presented me with two awards during the 2011-2012 school year: a Director’s Special Recognition Award and Outstanding Contributions from a Senior Student.

In 2012, I went on my first professional tour with the acting group “(Dis)Orientation” under the direction of Jeremiah Clay Neal and in association with Collegiate EmPowerment. We traveled to three different states on the east coast with the show “(Dis)Orietnation.” We are hoping to continue taking this show around the United States so LOOK OUT!!

OKAY!!! So what do I like to do when I am not on the stage?….. ummm…. well…. Oh I know! I enjoy music! My eldest brother inspired me to become a drummer because of his passion for the instrument. I have been playing the drum set on-and-off since 2001 and I find that their are few ways to release energy that are as satisfying. I now mostly play the Djembe, and was part of ASU’s African Drum Ensemble for a brief spell under the leadership of Dr. Mark Sunkett. I also enjoy training in the Afro-Brazilian martial art of Capoeira. I have been a member of Grupo Axé Capoeira since 2010 and enjoy getting a great full-body work out. Through it, I get to play musical instruments, learn a new language (Portuguese), practice self defense, and interact with amazing people that I can safely call my family.